A Lovely Visit of RIce Cereal and Ice Cream 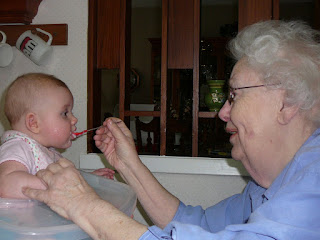 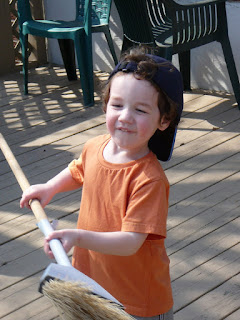 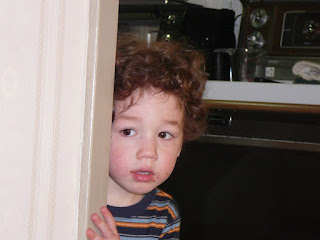 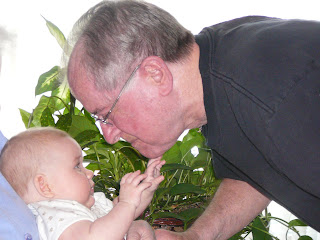 We had such a great visit with Nana and Boppa this weekend. The best part being (ok, one best part of two best parts :) when Nana fed Rosie her first ever meal of 'solids', or wallpaper paste as it looks in the bowl. We gave her 2 teaspoons before her 10:30am bottle and she gleefully spat out her first few mouthfuls. That was Saturday. It wasn't until Sunday morning that we realized that if we kept the spoon in her mouth she was more likely to actually swallow the stuff. William had fun sweeping outside, wearing Boppa's hat and helping to clean out the gutters. He was also caught skulking around the kitchen, chuckling to himself, "Boppa is such a funny guy". The next best part (of OK, many) was the news the Uncle Chad is coming to visit for William's birthday (ok, mine might be in there as well) Hooray!! Ice creams on the way home at McDonald's made for a great end- of- trip. Something definitely for Rosie to work her way up too.