So in the past week, I may have mentioned how amazing it's been to see William really take off with his colouring, drawing and even some letters. You know things are changing around our home when the big mess at the end of the day is all over the dining table instead of the floor. 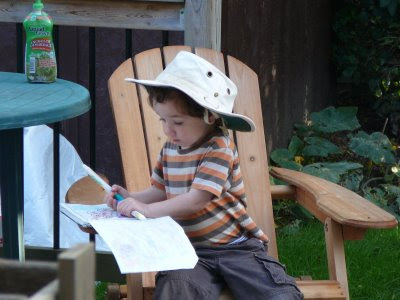 He has also been very interested in the voting process, and just what it is. In short, he wanted to vote. So it was perfect timing that they just so happened to need a new Mayor in Radiator Springs where the Cars live. 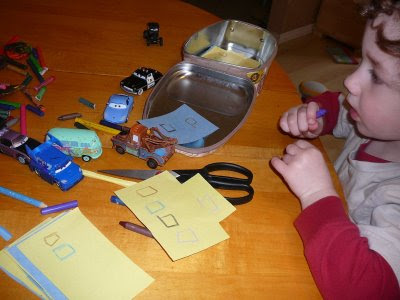 We had a great time today choosing four Cars to run for the position. We made ballots, choosing a colour to represent each character. 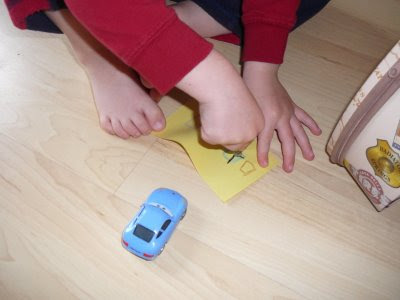 William loved driving each car (all 23 of them!!) up to the ballot box and marking off the X for their choice... 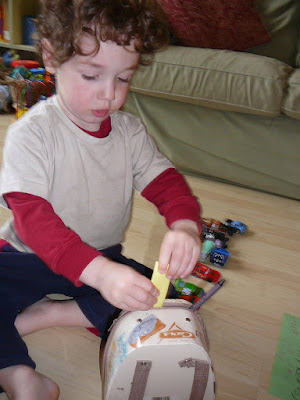 and placing the folded ballot into the box. 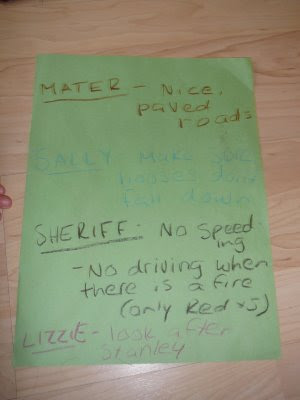 Of course before the voting there was a small campaign, where William told me one promise each character would make to keep their town happy. 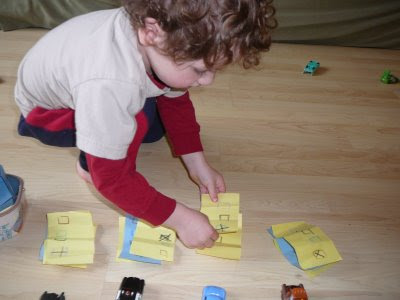 At last, just before Rosie woke up from her nap, we tallied votes and discovered Mater was the new Mayor. Now to be honest, the entire election did have a Florida feel to it when at the last deciding moment, William changed one vote because...I'm not sure of his reasoning....but at least it proved he really understands the in's and out's (highs and lows) of the voting system :) 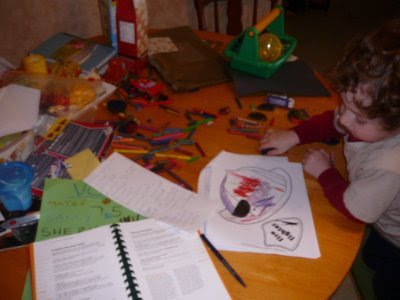 Then we just tucked into some good old colouring. Yesterday's library class was about Hats and William was giving a colouring books of many different kinds. All in all, a good day. 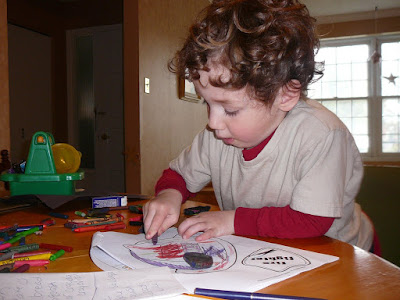 And William isn't the only one with some new tricks by the way! 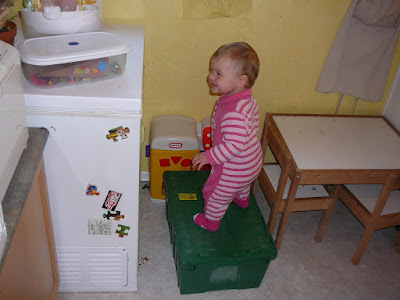 Look at her! Enough said, I'm NOT a terrible mother, I was right there the whole time watching her. :)

You're certainly not a terrible Mom, Sarah. What a long, arduous, creative project for you and William!
And little jailbird won't hurt herself, she's got lots of padding :)