William decided that today was the day and that was it. Off went the training wheels on his bike. I've always had images of this day in my head, William on his bike, all wiggly-waggly with Scott or I racing behind him to keep him steady. But no, like you can see in the video, the wheels were off, Scott and the wall of our house helped him to get his balance and off he went. He rode around our driveway all afternoon, with Rosie following him on one of her many bikes or cars. He claimed many times that today was the best day of his life and that he was the happiest kid in the world, "or at least in Waterloo". You can hear Rosie in the background saying, "Fix my bike too." 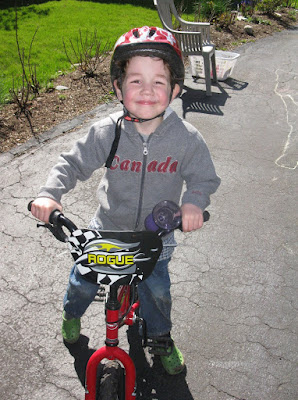 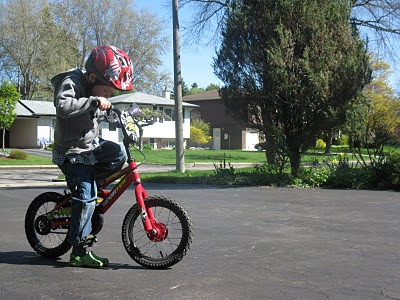 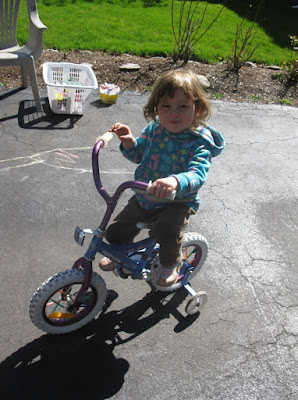 As for this one, I give her a year.

PS Wouldn't be surprised if Rosie will copy this sooner then a year from now.