Catching up and Other Festivities

I know I've been away from here for awhile. Things have been busy and people have been sick, very sick and tired, somewhat very tired. But too much has happened now not to share! When I last saw you, Rosie had just turned three and Scott was also about to have a birthday. And he did, his 35th!, filled with treats and kisses from crazy kids, as can be imagined. 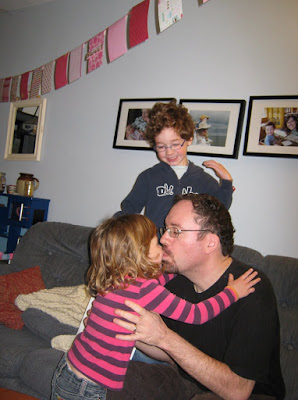 The weeks that followed were filled with a very unfortunate stomach flu, hitting all members of our family except for the still glowing birthday boy who was aptly able to hold down the fort. Here he is looking quite proud of himself, either from never needing to run to a toilet in the past month or because he took care of two very sick children, literally all night while Mommy was in Toronto seeing a Sarah Harmer concert with Bonnie. 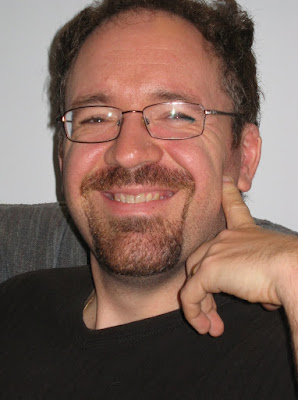 And since then, we've been counting down the seconds until we could get a Christmas book out of the library and not be embarrassed that it was only November 14th. And then we got reacquainted with the Christmas story, with the help of a Nativity Playmobil set we've been giving the kids piece by piece each day in their Advent calender, and by other means. They especially liked this version at the tree farm the other weekend. Rosie had to kneel down and rock the Baby Jesus to sleep before we went home. 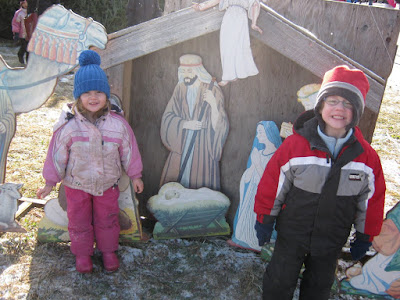 We also managed to pick up a Christmas tree while at the tree farm! Rosie had to kneel down in front of each tree we considered cutting down, weighing in with her vote based on whether or not she thought there would be enough room for lots of presents beneath it. This one the winner, brought home and decorated with only five or ten ornaments ruined and broken by Wrecking Rosie. 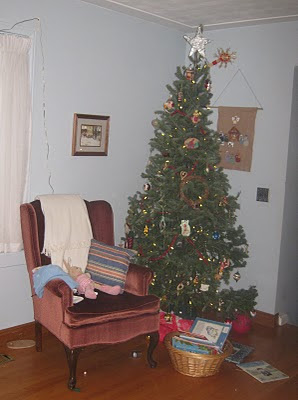 And this was our yearly photograph that we try to take of ourselves after the tree is tied onto the car roof and we are warming up with some free apple cider and sugar cookies provided by the tree farm. 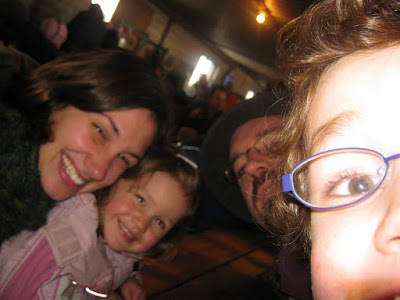 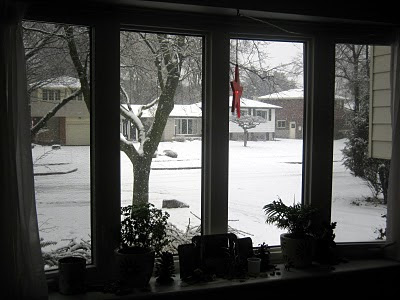 and lots off sugar highs from lots of baking! 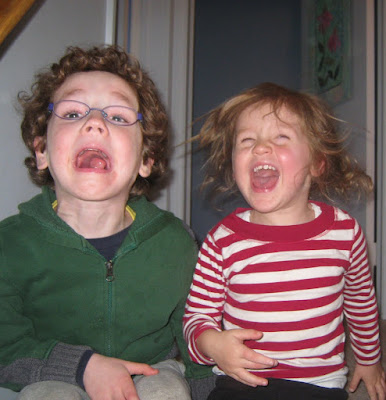 And did I mention just only little, tiny, insignificant detail? 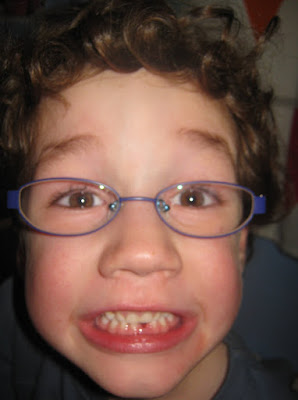 He was so excited, but of course also troubled. He wasn't sure whether he should offer up his tooth to the fairy or keep it. But thanks to advice from Nana, he decided to write a note to the Tooth Fairy asking if he could keep his tooth because it was special to him. 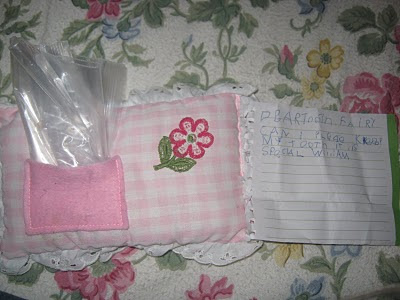 Luckily the Tooth Fairy was in great spirits (despite being overly tired and therefore giddy and clumsy) and left William his tooth along with two loonies, which he shared with Rosie so they could each buy a pack of sugarless gum, their newest fascination.

And that brings us to tonight. I'll stop typing and let the video speak or sing for itself. It was a very cold, wintery and Christmassy night.

William wasn't quite as lively as last year, he was tired for sure, but he sang and knew the words by heart, and Rosie couldn't get enough of the show.