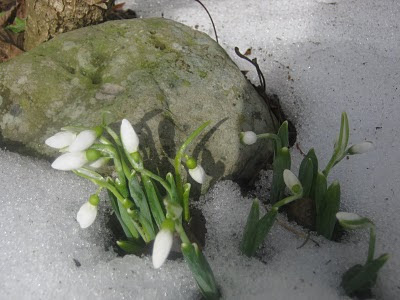 This past week has been weird. The last post I wrote touched on me not writing about any problems or anything not good or positive, or if it didn't directly, that was in my mind while I was writing. Well, here's something. A week again, I heard news that a friend of a friend had passed away. He was just slightly older than Scott and I, and we both remember meeting him and his wife several times about ten years ago when the couples we knew were just starting to all get married. What we remember of this couple was that they were really happy, fun, obviously happy to be together. They have three children and now she does alone. A bit hard to swallow. They had been working doing mission work in Africa when he had a horrible accident. It's a very sad sad story but the follow up news I have heard is that she and the children are being taken care of incredibly well by their families and by an incredible beyond belief, Christian community of faith. Their faith and ability to hold on, grasp it so voraciously has left me not only hopeful but also questioning, knowing outright, that I don't think my own faith would come close. Not to compare, beliefs and faith are different and that's alright. The story was far enough away that I need to let it go now, but close enough to make me grieve and question for the past few days. And of course remember how very blessed I am, we are.

I could do the Sarah thing now where I tell some William joke or ramble about the snowdrops in my front garden and be ridiculously optimistic as my friend H has told me I often am, but I won't. I'll see this as the end of whatever I was thinking and feeling for now, but they'll stay in my prayers.