So apparently I got an easy one today. The plan was to write about William's birthday and when I opened up my meditations book to see the title for the day (something I already anticipate each morning, I try not to look ahead) there it was, perfect for William and his big day. And a big day it was - 6! It was the first year Scott and I weren't up before he was to wake him with balloons in bed. Instead he jumped onto our heads in bed before 6am forcing us to get up, so we didn't have the time or energy to feel too guilty about somehow sleeping in. The day started with presents (coffee), Fruit Loops, Transformers (I still shudder at that one, mind you it's restricted to toys alone and books, no movies or tv), playmobil, lego, wii games, and the Optimus Prime pjs which I'm not sure he's taken off since.

It was the first gorgeous day in what seemed like weeks and we were lucky to get so much time outside that we hadn't counted on getting. Family and friends arrived bearing gifts which William declared were all his favourites. He's past the 'grab, unwrap, toss to the side, grab the next one' phase and will actually stop and look at each gift, often playing with it for awhile while the unwrapped gifts wait. A week later was the sleepover, with good friends who'd been unable to come over on his birthday. It was great, they were happy, there was ice cream and Wii. He's 6 and about to finish kindergarten and he reads chapter books and loves atlases and throws toy guns away in the garbage when they come with Transformers or Playmobil (which always surprises me), he sticks his tongue out but doesn't know it whenever he's concentrating on something, he snores like an old man, never wants his hair cut, still hates having me wash his hair, has gotten up to swimkids 3 but almost certainly has run out of luck and this time will not pass, he's Rosie's biggest soccer fan, he looked like he'd been beaten up by Wolverine a few weeks ago when he flew off a swing and landed on a big mean prickly bush (it was horrible!) He is the most loving six year old kid I could imagine. He's got the most open and honest heart and has big dreams of moving to Florida one day to be surrounded by palm trees. He's still petrified of playing What Time is it Mr Wolf and reading Little Red Riding Hood (now I feel guilty about my Wolverine joke). He said something to me today about being 6 and I found myself almost correcting him that no, he was only 5. It was the first time I felt sad, just for a moment, about him getting so big, but then he told me it was my turn, and we went back to playing Cars 2 Monopoly. 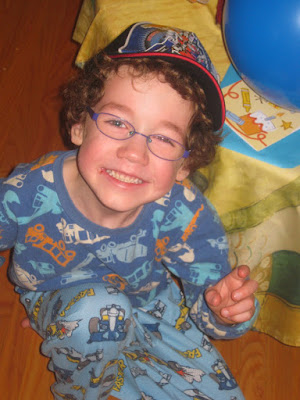 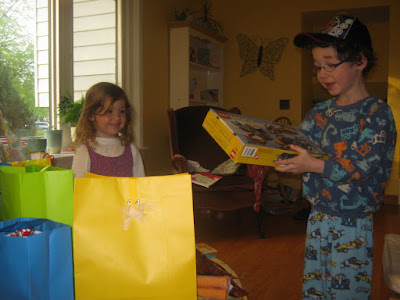 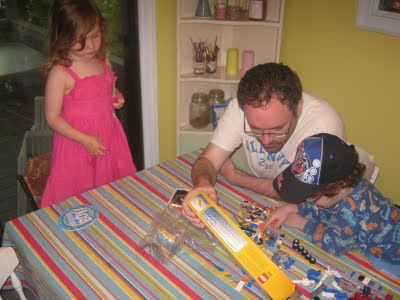 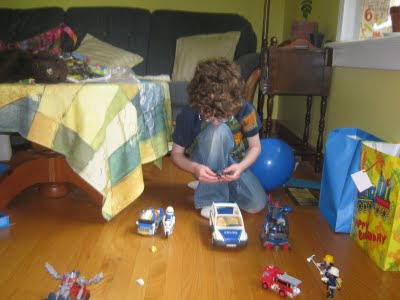 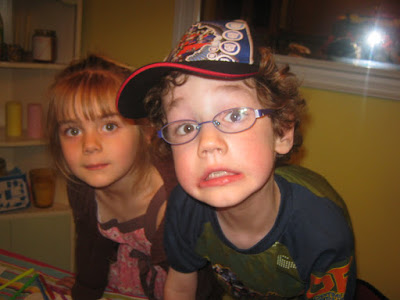 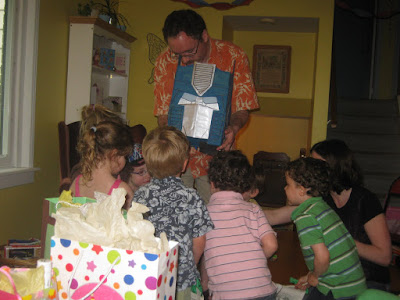