There's been a whole lot of niceness around here these days.

The nicest being that Wiliam graduated from kindergarten. We had such a fun day celebrating his day, a little bittersweet since he's had the same wonderful teacher for two years and because he's going to a new school in the fall, complete with his baby sister in tow. I can't believe how fast things are going. 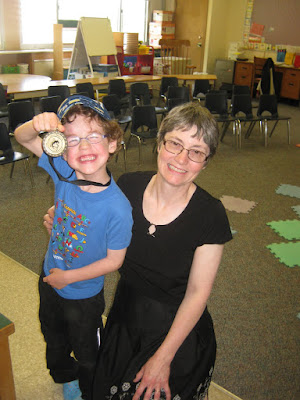 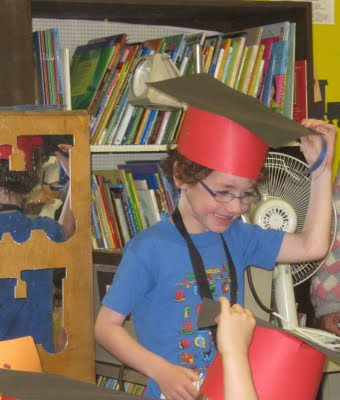 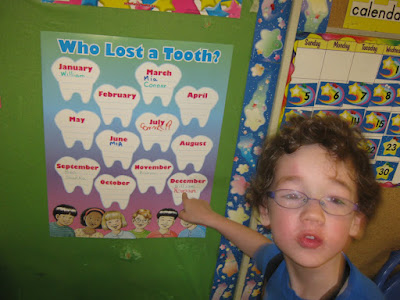 He had to take the time to show us his name on the 'Who's Lost a Tooth' poster, he was up there twice! 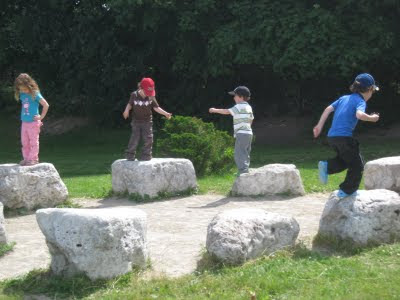 A favourite exercise of jumping from rock to rock, Rosie still needs a little help, while I stand cringing nearby. 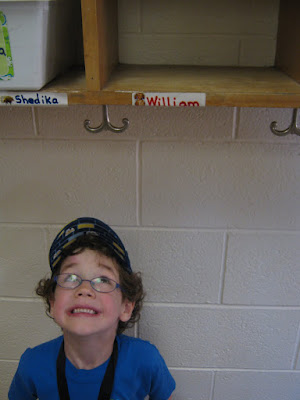 One last look at the old cubby. 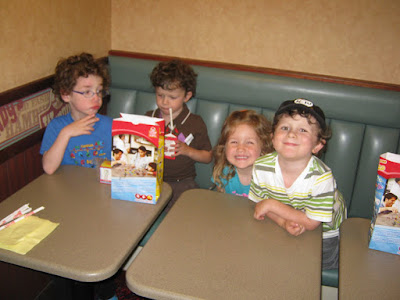 A celebratory lunch at Wendy's with friends. 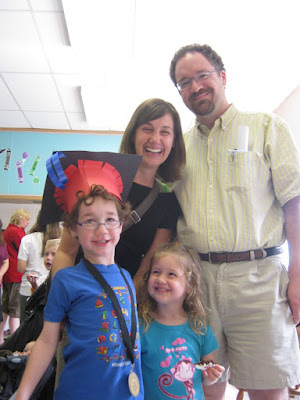 A family portrait. Love the way Rosie's beaming up at her brother, notice the cupcake in hand, it was far from her first. Also love the way William's sticking out his chest to show off his medal like the proud peacock he was. Top Reader in SK, one of two, for reading over 200 books.

Our end of year treat (one of many to come I'm sure, sigh, I have very little will-power at times for these smiley, cuddly things of ours) was the kids' first ever trip to the movies! We saw, Cars 2, with Heather and her gang as promised over a year ago I would say. It's been a date a long time in the making. The kids liked it enough, it was fun, and all of them ran from the theatre ready to think about the next thing summer had to offer. All except William, who spent the rest of the day dissecting and discussing every aspect the film had to offer.

William gets this look on his face when he's lost in thought, as though he's miles away. He fell into that trance a couple of times yesterday, but one time, after asking his teacher a question before leaving he was standing there thinking and I laughed and asked her how often she had seen that look. She said, smiling at my son so lovingly, 'Everyday'. 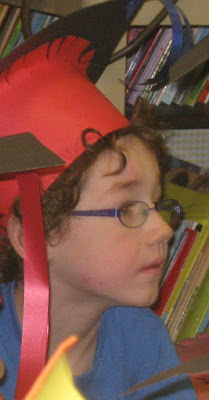