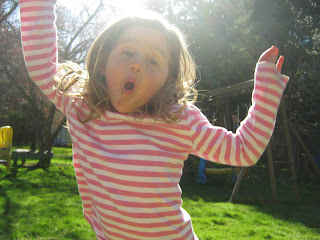 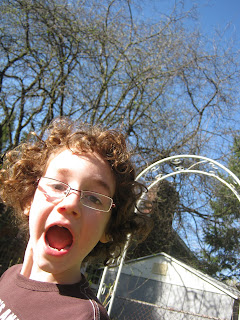 These pictures aren't from today but I've been meaning to post them, they're funny, post-haircut for William and make me happy. And happy was needed after a 9:30am dentist appointment on a Monday morning. The kids go tomorrow.

Today I feel like a snowball. I started small and over the past four hours have rolled quickly and out of control before becoming part of something I feel is much bigger. I'm not going to go into details but awhile back I wrote ten stories about a fictional town in Ontario that were linked. The stories were inspired by some history that hit me out of the blue during a walk in the woods in London, Ontario with family. I researched a little, and then pulled back, as I do. I wrote stories, loved them as much as you can love rough drafts, printed them off , put them in a folder and stuffed them into a drawer. This week I got them out, and today I started researching again. I got as far I think as I can get on the computer but it's further than I got before. And the story is one I would love to read. So I guess I'm saying I'm going to try to write it. It scares me. The thought of the amount of time, brain, work, heart, and myself I'll have to put into it and those things I'll be giving up. Can I do this, finally? Is it time?

Last night we watched a good movie, one I never thought I'd like in a million  years. It was 'Moneyball'; baseball and  Brad Pitt, neither being favourites of mine. But it was a great story, we both really enjoyed it. There was line (a corny line but a line nontheless) that stayed with me and I can actually quote because I just found it online from someone who is even nerdier than me! It was, "We're all told at some point in time that we can no longer play the children's game, we just don't...we don't know when that's gonna be. Some of us are told at eighteen, some of us are told at forty, but we're all told." Are you groaning at me? It's kind of bad, and no I'm not forty, but it did strike a nerve. So I'm going to jump into this (tentatively) and keep you posted and get up early sometimes and look for more time to write and books to read to learn more and more. And hope to discover the characters that can bring these great stories to life with as much heart as I can.